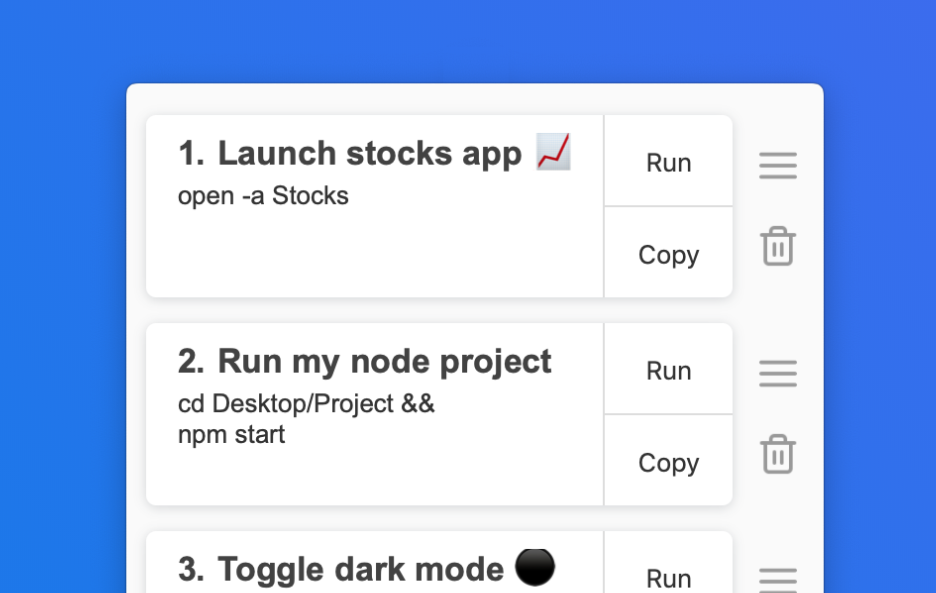 This past month, I launched my second product: Bidbar, a macOS app that allows programmers to manage Terminal commands from the menu bar and run them with keyboard shortcuts. Since my first launch of Statsify, I’ve done many things differently and experienced new successes and failures with Bidbar, resulting in new lessons learned. In this short blog post, I’ll share three of these lessons.

Before I began coding Bidbar in Swift, I made several attempts to gather feedback from potential users. This was important not just to make sure it solves a need, but also to generate interest in the app before launching it. When doing idea validation, you should aim to have detailed conversations with lots of people in your target market; it’s probably not enough just to post on various sites like Reddit or Indie Hackers (which is regrettably what I did).

You don’t need to wait until you launch to do all your marketing. As I began writing Bidbar in Swift, I created a mailing list and landing page to gather interested users. With some limited posting on community sites and $10 spent on Facebook ads, I got about 20 signups. Lots of startups are able to gather thousands of subscribers months before launch.

If you’re not familiar, A/B testing is when you have multiple variants of a web page and track which variant performs best. It sounds very complicated, but it’s actually super simple to do using existing A/B testing services on the market. For example, I used Google Optimize in conjunction with Google Analytics, which took at most an hour or two to set up three variants. By changing the text and layout of my landing page to target different audiences, I was able to improve my conversion rate (percentage of visitors who download the app) by several percentage points.

Because I’ve started college and have less free time, I’m keeping this blog post very short and sweet. However, I still hope to write blog posts once every few weeks, so expect to see another one up soon!